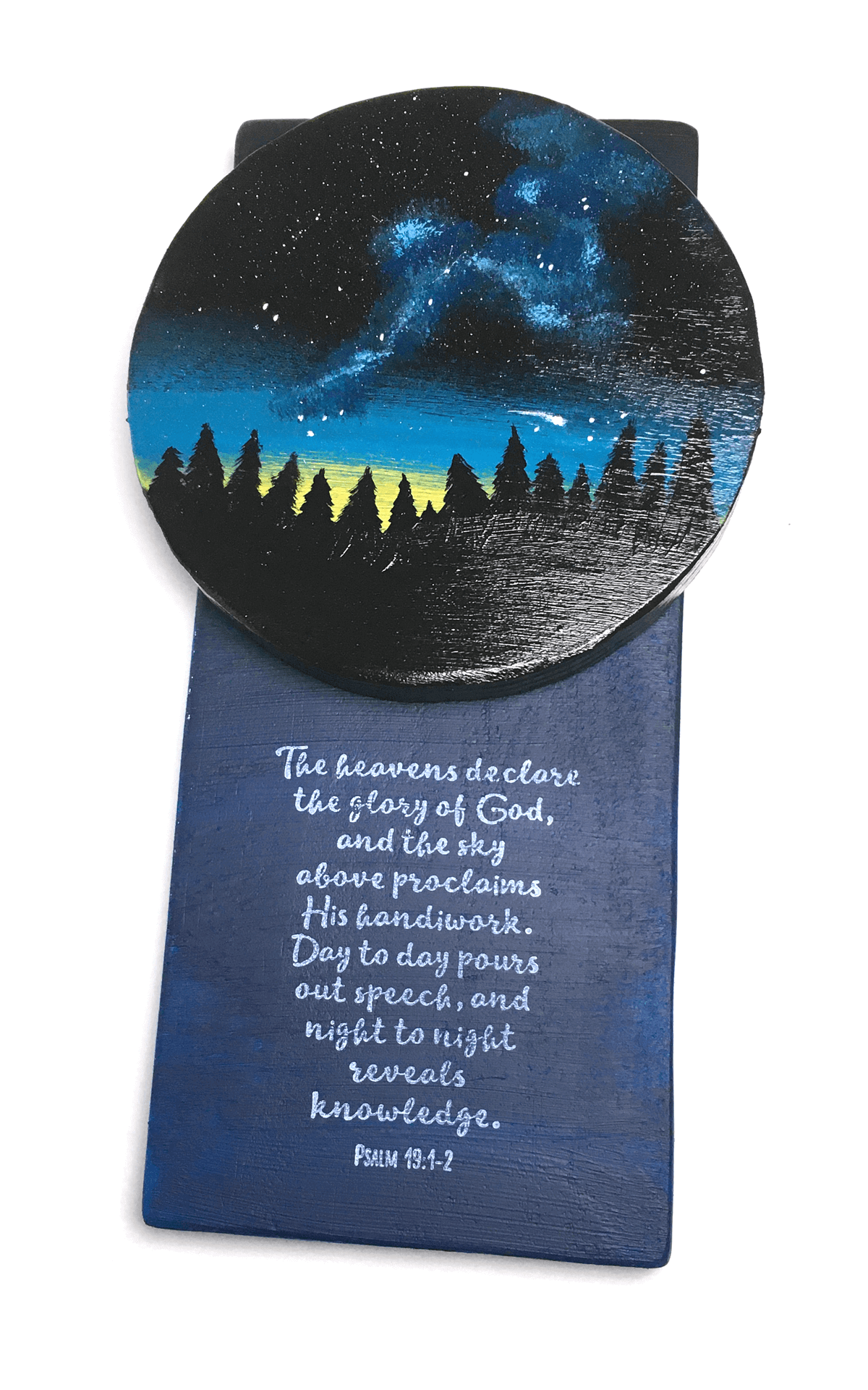 One of my favorite things about winter is the clear night sky. While it’s more comfortable temperature-wise to skywatch in the summer, the winter sky seems clearer and sharper. Colder air is often less hazy, so it feels like I can see farther into the depths of space. And there are no bugs.

The next time you’re outside on a crisp winter’s evening, turn your gaze skyward fo a minute or two and consider that, while some of those tiny points of light are single stars, like our sun, some are many times larger than our sun and some are not even stars at all, but are entire galaxies, appearing to our eyes as a single speck of light.

From my own back yard…

Just tonight, as I looked out toward the south, I saw Orion. The distinctive 3-star belt makes the hunter one of the easiest constellations to spot.

The main figure of Orion is a large rectangle comprising four bright stars, including two of the brightest stars in the sky: Betelgeuse marks the hunter’s upper left shoulder, while Rigel anchors the lower right, representing his right knee.

Betelgeuse (pronounced, “Beetle-juice”) is a red supergiant. The star is more than 850 million miles across—that’s about 1,000 times wider than our sun. If you were to replace our sun with Betelgeuse, the red star’s surface would engulf the planets Mercury, Venus, Earth, and extend out even past the orbit of Mars.

Scientists speculate that earlier in its life, this stellar supergiant devoured a neighboring star about the size of our sun. Now, astronomers believe Betelgeuse will soon die in a supernova explosion.

That’s a lot of drama going on just in the left shoulder of Orion. Imagine what’s happening at this moment in every other corner of the universe.

I guess that’s why I really love the winter sky—it reminds me of the magnificently powerful God who created it. I’ve been drawn before to Psalm 19 in my work. This week, I returned to it to create the piece you see at the top of this post.

It opens with these two expansive verses:

“The heavens declare the glory of God, and the sky above proclaims His handiwork. Day to day pours out speech, and night to night reveals knowledge.”

It’s good to remember to look up every now and then. It helps put our trials, triumphs, and ourselves in perspective. If all of that cosmic drama is unfolding at one little red spot in the sky, surely we, along with the cosmos, were created by a being of unimaginable power.

The writer of Psalm 19 thought so. And he knew he was accountable to his Creator, so he closed that Psalm with this request and praise, “Let the words of my mouth and the meditation of my heart be acceptable in your sight, Lord, my rock and my redeemer.”

A good prayer anytime, and certainly on a cold, clear winter’s night.

A Psalm 19 Night is now available in the shop.