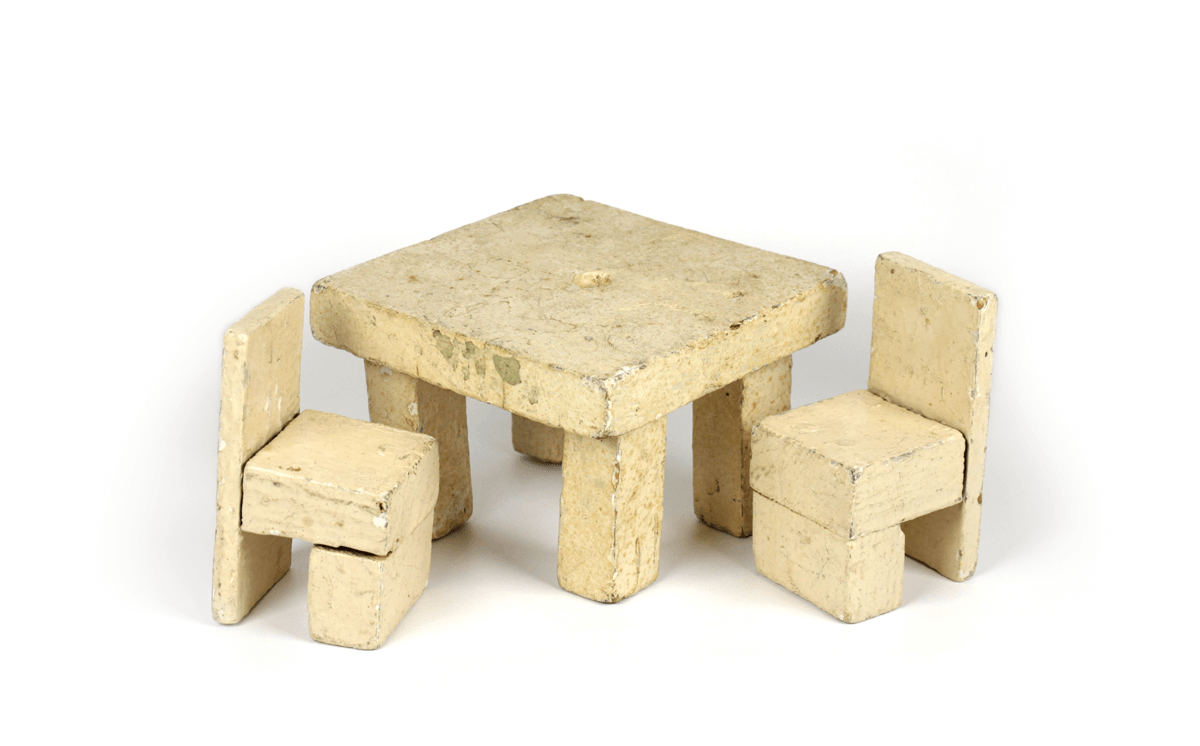 My Grandma Ruby didn’t have a lot of money as she raised my mother and her two sisters and step-children in Pearisburg, a small town nestled in the mountains of Southwest Virginia. If her family was to have most anything, Grandma had to make it. From dolls’ clothes and furniture, to tablecloths to my mother’s feed sack dresses—Grandma crafted from necessity perhaps more than from a need to express herself. The few surviving pieces show a rugged utilitarian aesthetic, concealing a deep love of a mother for her daughter and a desire to provide both essentials and entertainment, even in the midst of want.

Throughout her life Grandma Ruby engaged in the arts and crafts, tatting well into her 90s. Even as dementia stole an increasing percentage of her faculties, she maintained her connection to creating things. One of the last things I was able to do with her, and for her, was to observe her hands move in a patterned rhythm as though she were pulling thread to create one last masterpiece, although her hands held nothing that you’d see. Taking a small loosely woven cloth, I pulled a few inches of yarn through several places in it and knotted the strands at both ends to prevent them from being pulled completely through. I gave that piece to my grandmother so she could actually feel the strings pulling through the material, perhaps giving her some comfort. But she didn’t take to it and in the end, a rough physical approximation was no match for the decades of creative memories she carried in her heart and head. When she passed in 2004, she left some treasured pieces of her work and a legacy of creativity and passion for arts and crafts in her children and her eight grandchildren, of which I am the second youngest.

What has been left for you that you treasure? What are you leaving for those who come after you?